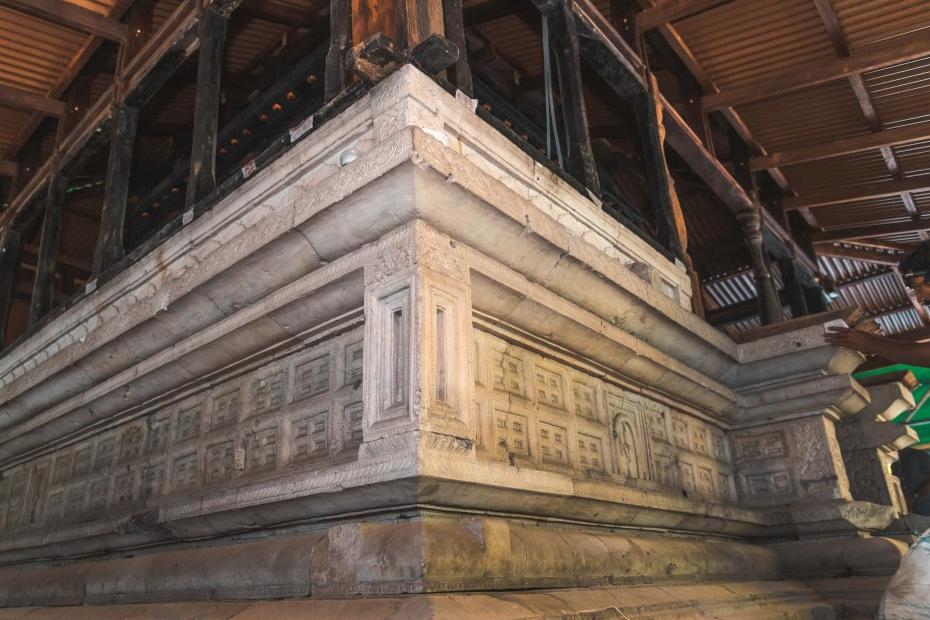 A beautiful structure made from Hirigaa (coral stone) and Kalhu Vakaru (lumber from the ebony tree), the Kalhu Vakaru Miskiy was commissioned in the 18th century by Sultan Shamsuddeen II and completed during the reign of Sultan Hassan Nooruddeen I. It stood on a coral foundation, carved with intricate designs, and was held up by wooden beams engraved with Arabic calligraphy. 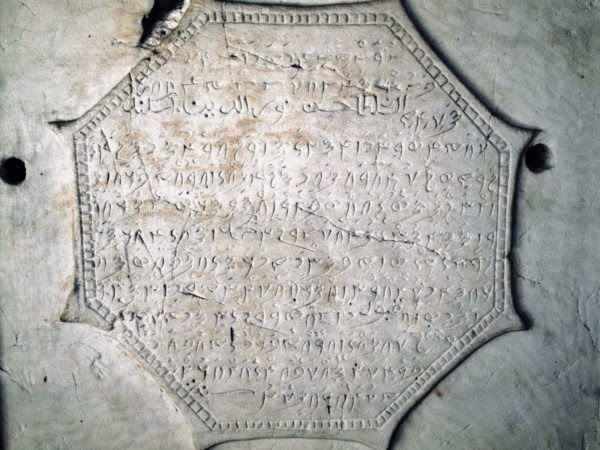 Kalhu Vakaru Miskiy has been renowned as “The Traveling Mosque”, owing to its relocation over the decades. It is moreover the only mosque in the Maldives, which was built in a way that it can be dismantled and easily moved from one place to another. 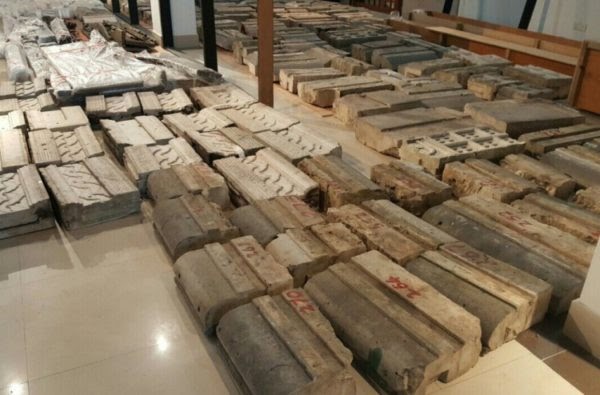 The mosque has a lengthy history of more than 200 years, with many historical tales linked to it. Although small, it is a tribute to the remarkable craftsmanship of Maldivians, including architecture, coral stonework, and other handiwork.

Kalhu Vakaru Miskiy is one of the Maldivian national treasures that has been passed down from ancestors, while carefully maintaining a rich culture and unique heritage.

It is vital to preserve this beautifully built structure and sustain its symbolism throughout history. Not only does it testify that Maldivians are talented, but it is the only remaining structure in Maldives which has been carefully built with lacquered woodwork using Kalhu Vakaru. 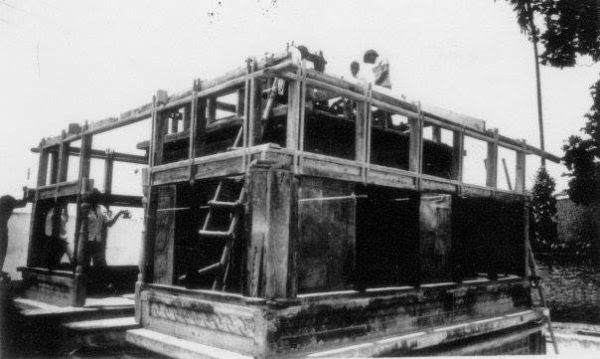 Initially located near the National Stadium, it was auctioned off to a resort owner during the regime of Ibrahim Nasir, the second President of Maldives. The auction winner safely shifted the mosque to his resort.

It was then returned to the government after former President Maumoon Abdul Gayoom came to power. He relocated it to the corner of the demolished grounds of the 16th century Royal Palace, where the grounds were developed into the historic Sultan Park in 1968. 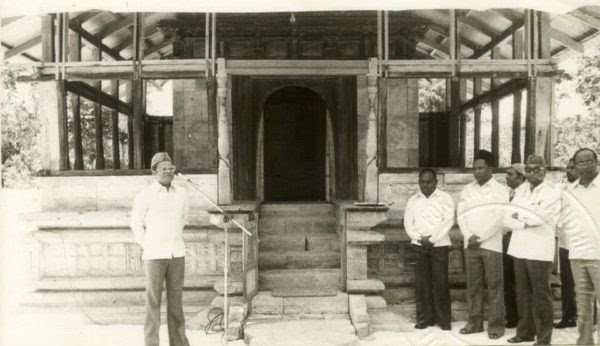 The mosque remained in this specific location until it was closed for extensive refurbishment and necessary renovation. It was reopened by former President Mohamed Nasheed on 19th April 2009, during his presidency.

The administration of former President Abdulla Yameen Abdul Gayoom cleared the mosque in 2017, as part of the government's plans to revamp the original location of the mosque to include the first ever winter-themed park inside Sultan Park. The park was rebranded as Rasrani Bageecha during his tenure. The mosque was initially proposed to be shipped to Farukolhufushi area. 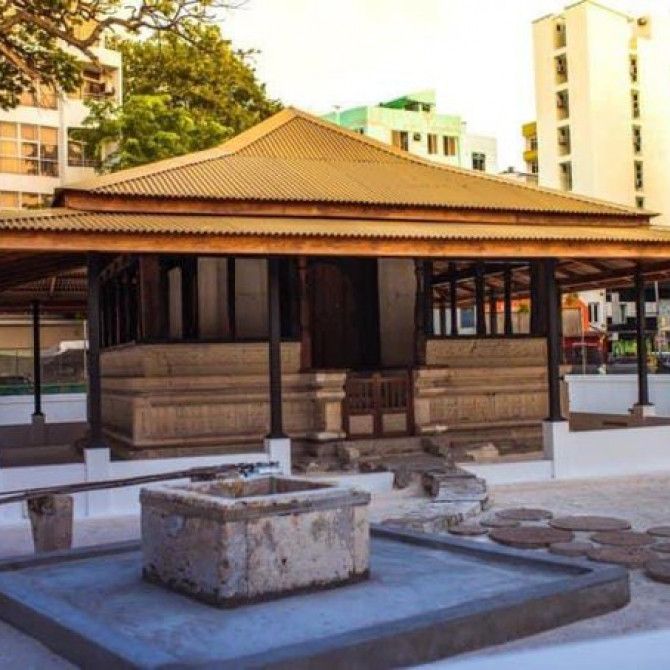 However, it was later decided to be carefully shipped in pieces to the island of Thinadhoo in Gaafu Dhaalu Atoll and assembled on the island’s former Friday mosque plot, where it was cleared and nicely set up for the arrival of the mosque. This was not completed accordingly, and it remained, therefore, until the current government came in.

President Ibrahim Mohamed Solih and his government instantly reverted Rasrani Bageecha to its former namesake, by rebranding it to Sultan Park once again.

In November 2020, an official ceremony was held to open the newly relocated and restored Kalhu Vakaru Miskiy and adjoining area in the former Sultan Park area.

Speaking about the significance of Kalhu Vakaru Miskiy, the president highlighted that the mosque not only symbolises our historical legacy but that it also stands testament to the masterful craftsmanship of our ancestors. He further stressed on the prime importance of preserving and meticulously documenting such cultural heritage sites and places of historical significance. 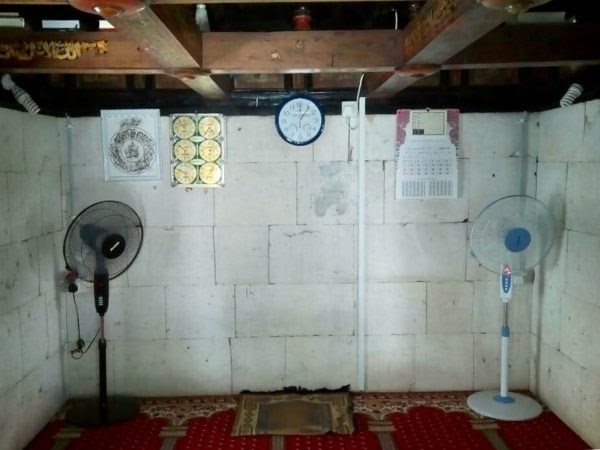 Kalhu Vakaru Miskiy is one of the most significant historical monuments located in Male’ City, in one of the prime locations, along with several other tourist attractions nearby. Some of these places include the popular Hukuru Miskiy (Friday Mosque), Munnaaru (Minaret), and Muleaaage (The official residence of the President of Maldives) are easily accessible by tourists and located in close proximity. A visit to the city is incomplete without a tour comprising these landmarks.

In 2021, the government is working to open the country to cultural tourism as a key part of its economic diversification plans, and an emphasis will be given on promoting local tourism, culture and heritage of Maldives. 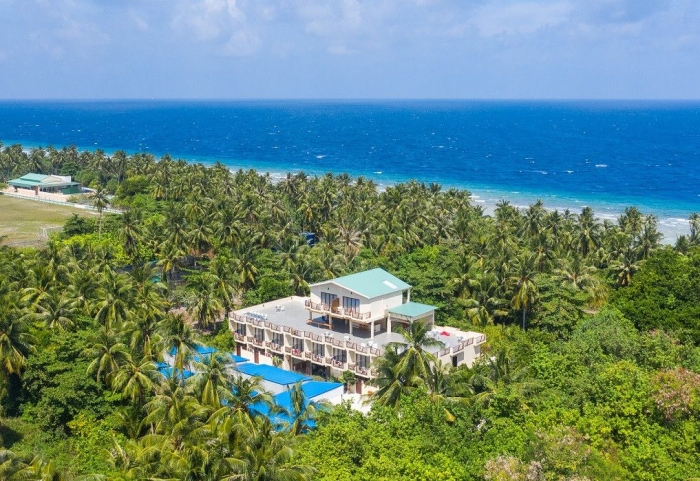 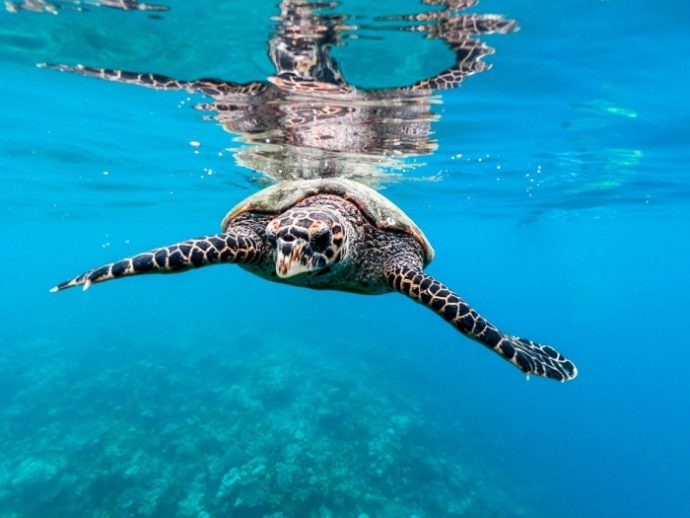 For lovers of marine life