There are 2 Monsoon seasons in Maldives during a year which is Northeast monsoon(hulhangu) and southwest monsoon(Iruvai). In these two seasons the temoarature varies hardly. Dry Season extends from january to march. During this season we receive very less rain and normally it is dry and lots of sunshine.

The wet season runs from mid-May to November. In this season Maldives experiences torrential rain. Central, Southern and Northern parts of the Maldives receive annual average rainfall of 1924.7mm, 2277.8mm and 1786.4mm respectively.

Normally during our rainfall season(Wet Season) there is a good amount of rainfall as it is the monsoon transitional month. Average monthly rainfall during this period(May - December) ranges from 160 mm to 230 mm. During this season almost 15 to 20 days per month you can expect some rainfall to occur. However, most of the rainfall are of showery type in nature as such they rarely rains continuously for more than 2 days at a stretch. Which means, there will be periods of sunshine between spells of rainfall. Normally 200 to 240 hours of bright sunshine per month are observed during this period. Which means there are the hours of which relatively less cloud are seen in the sky during daytime. "Best time" for filming is from January to April. 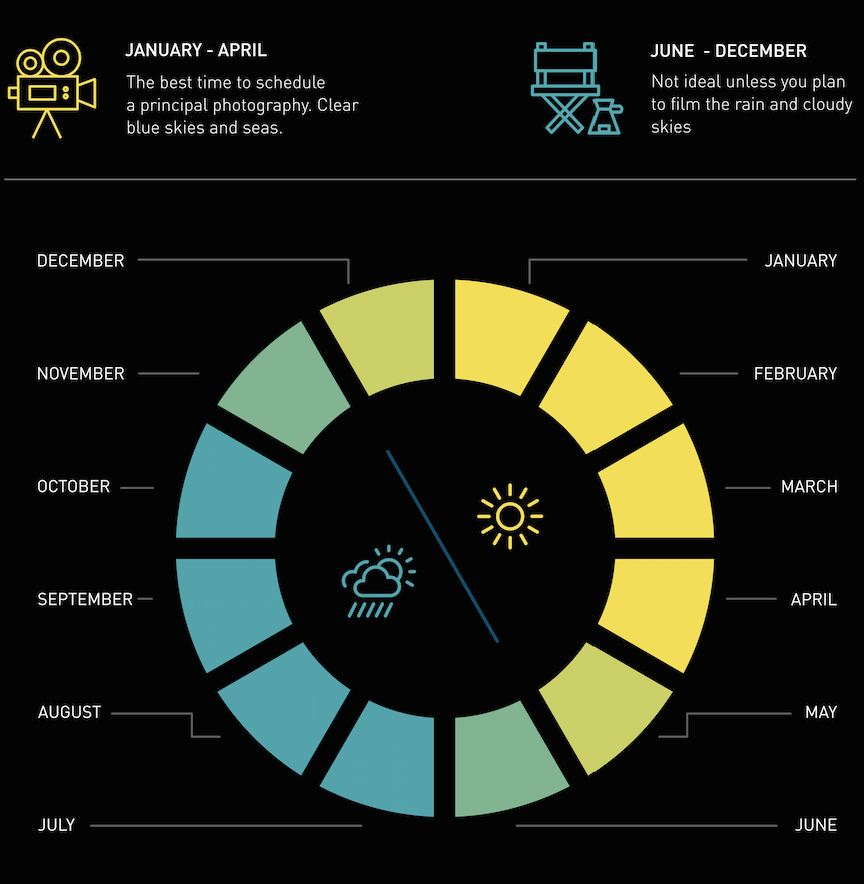